A new body is set to provide representation of cooperative and mutual businesses at a national level, with the launch of the Business Council of Co-operatives and Mutuals (BCCM) in Melbourne last week.

The BCCM is a collective of businesses with member-owned, co-operative and mutual structures from a range of sectors including agriculture, banking, automotive, retail, healthcare, renewable energy and insurance.

The formation of the Council represents an important milestone in the national economic conversation in this country, according to the Inaugural Chairman Dr Andrew Crane, CEO of Australia’s biggest co-operative, CBH Group.

“Our businesses have shown remarkable resilience in the aftermath of the global financial crisis and we’ve been able to sustain strong outcomes for our members and the local economies in which we operate – together through this Council we have an enormous contribution to make to national conversations about a sustainable economy.”

He said the council would champion a campaign and policy agenda to raise awareness of the significance of member-owned and mutual businesses.

The sector represents a membership base of 13 million and the BCCM board includes some high profile examples such as motorist association NRMA, health fund HCF, cooperative retailer The Co-op, and mutual bank bankmecu.

“Through being an integral part of this Council we believe we can make a significant contribution to national conversations about a achieving a more sustainable economy,” bankmecu Chief Executive, Damien Walsh said.

“Many people are unaware that they are a part owner of a co-operative or mutually owned business, but the fact is that eight in every ten Australians actually are.”

“That’s why it’s important to ensure the voices of co-operatives and mutuals are heard on the national stage and why it’s so important that these voices contribute to a healthier, fairer economy,” he said.

Crane said that mutual and co-operative frameworks were differentiated by their ownership models that generated value for their members or mutual owners rather than solely for investors, promoting corporate diversity.

“We know that the health and stability of the economy into the future will be strengthened through  corporate diversity with a thriving co-operative and mutual sector. I believe the government,  business community, Not for Profit sector and broader community, are slowly beginning to recognise this.”

“It is time to champion a return to a higher level of corporate diversity, including the number of cooperatives and mutuals operating in the economy.

“The GFC has shown that where there is greater corporate diversity, economies are more stable,” he said.

Launched after nearly three years of industry consultation, the formation of the council was the 2012 International Year of Co-operatives legacy goal.

‘Blueprint for a Co-operative Decade’, developed by global representative body the International Co-operative Alliance last year, suggested that by 2020 the co-operative form of business could become the fastest growing form of enterprise on the planet. 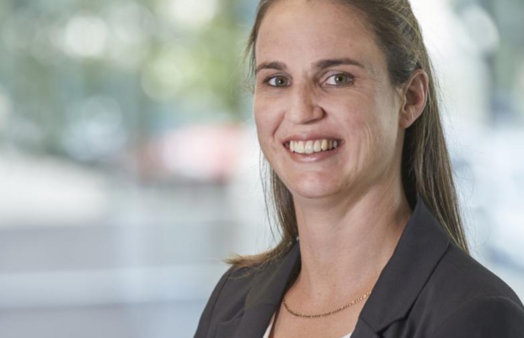 The BCCM has joined more than 25 industry associations in signing agreements to help tackle Australia’s growing skills and labour shortages.

Strong homebuyer demand has spurred growth among mutual banks, building societies, and credit unions over the past year.
SEE ALL NEWS