Bank Australia became the first mutual bank in Australia in 2011 when it secured a banking licence.

The level of market concentration within the Australian financial services sector is high. This concentration has increased significantly over the past decade due to mergers and acquisitions by the major banks. Most of the former state owned and regional banks have been acquired. There has also been some consolidation within the financial services CME sector over the same time period. Intense competition and the need for greater economies of scale, has seen the number of credit unions fall by nearly 50% over the past decade. This also occurred within the building societies sector with many either merging, winding up or converting to customer owned banks. According to IBISWorld:

“A large reason for the exits has been the launch of the Competitive and Sustainable Banking System by the Federal Government in 2010. This initiative to open up competition in the banking sector invited many mutuals, particularly those which already met the minimum requirements, to apply for bank status.”

The outlook for the financial services sector overall is positive with annualised turnover growth of around 8.3% forecast for the period out to 2020/21. For the credit union the outlook is for a modest annualised growth in turnover of about 3.7%, with many converting to customer owned bank status. By comparison the building society sector is predicted to fall by 3.7% due to mergers, acquisitions and exits.

Headquartered in the Melbourne suburb of Kew, Victoria, Bank Australia traces its origins to the creation of the CSIRO Co-operative Credit Society Ltd in 1957. The company became the first mutual bank in Australia in 2011 when it secured a banking licence from APRA and the Reserve Bank of Australia (RBA). The change of name from bankmecu to Bank Australia took place in 2015.

In 2016 Bank Australia had 125,327 members, around 370 employees, and branches in Victoria and NSW. Its annual turnover for FY14/15 was $162.6 million with total assets of $3.6 billion. In 2016 it had reached over $4 billion in total assets and a net profit of $22.6 million. Its services include the full range of banking transactions. It also offers superannuation, health insurance, general insurance, financial planning and foreign exchange dealing. Bank Australia is governed by a board of 8 directors.

Faced with increased competition from a highly competitive financial services sector Bank Australia has chosen to embrace its mutuality and emphasise its customer owned banking status.

“Our purpose is to create mutual prosperity for our customers in the form of positive, economic, personal, social, environmental and cultural outcomes.”

Bank Australia developed a strategic plan to take them through to 2020. Part of this strategy was the decision to focus on a few “non-negotiables” that will help to define the business. These include responsible banking, customer ownership and creating and protecting value for the customer.

"Our core business is retail banking and we are in business for our customers who own the bank and by living our values we will achieve our vision. Now the next thing then was the purpose, which you have heard. Our vision – to be Australia’s leading customer owned responsible bank and then we go through values and our target market." Bank Australia, 2016

Bank Australia is actively engaging with its members to communicate what customer owned banking is about and the benefits it offers. Promoting the purpose of the CME and its democratic, member focused business model, is a key way for co-operative and mutual enterprises to secure a competitive advantage within contested markets.

"I think over the years we have learnt that there is a group of people who choose to bank with either a credit union or a customer owned bank for some quite specific reasons and what we have actually learnt, I guess as a consequence of that growth and those mergers, is that there is value in customer owned organisations aligning their businesses and their strategies to the values of those people who value those values." Bank Australia, 2016

Market research undertaken by Bank Australia has shown that there is a target market of customer who are attracted to the mutual due to its values and purpose. At least 50% of this target market are strongly attracted to the bank’s values, with price or value for money, in second place. While many within the wider business community and even within the CME sector feel that younger people don’t know about or even care about CMEs, this view was not relevant to the strategy of Bank Australia:

"So I hear that often that younger people don’t care. Sixty percent of our new customers in 2016 are under 39 years old. We are not targeting younger people who don’t care – I’m not sure they exist. We are targeting people who do care. At the end of the day we are a niche provider… Our strategic plan is very focused: we know where we want to do business; we know where we don’t want to do business; we know what our purpose is and how we create value." Bank Australia, 2016

Bank Australia actively measures how its interest rates, fees and charges compare with the “big four” banks. However, while the company seek“s to remain competitive in this respect it also aims to promote its social and environmental policies:

"I think another one that’s a tangible benefit in terms of our customer value proposition is also the service culture in the organisation… the customers just tell us how much they love the staff and the service standards that they get from the business. That doesn’t mean that we get everything right all of the time, but it is one of those tangible benefits that form part of your member value proposition." Bank Australia, 2016

Where customers were already happy to join the bank for its competitive pricing and excellent service, it was likely that their loyalty would be further strengthened by engaging them in the wider purpose and values espoused by the bank:

"And if you have people who love banking with you not just because of the price and the service that they are getting, but because the values are aligned to theirs and they are proud to be a customer or a member of the bank, that goes a long way to adding deeper, richer and longer term relationships." Bank Australia, 2016

Bank Australia’s market research suggests that a key factor in driving member satisfaction is a sense that “the bank looks after my best interests”. This is likely to help foster a strong sense of ownership among members. An illustration of this was a request by the bank’s marketing staff for members to volunteer for advertising messages highlighting customers’ good news stories. 138 customers volunteered to participate, many saying that they would “like to stand proud and be the face of the bank in our advertising.” (Bank Australia, 2016)

Bank Australia invests up to 4% of its after-tax profits into community projects and it has engaged with its members over what projects to target. This work highlights what Bank Australia sees as its development of a community of interest or purpose. This is often quite broad and is driven by things that its member-customers feel are important beyond just getting good prices and services.

"Our corporate a airs team, through their stakeholder engagement work, regularly surveys our customer base to understand what that community of interest, what those interests are. So, we know at any one time what the top five, ten, interests of our customers are. The top one being at the moment renewable energy, the second one being climate change and then it moves to issues like domestic violence and access to education in lower socioeconomic communities which gives us that purpose that can underpin the bank both in terms of the lending that we might do, but also in terms…[of] the investments that we might make to our community investment fund. So it is a very focused and strategic way of being able to allocate funds. The other part of that process is that it gives us then the opportunity to be able to be quite focused and disciplined in how we report back to the customers, not just purely in financial terms, but in non-financial terms around the impact that the bank can have using people’s money." Bank Australia, 2016

This approach to offering not only good service and competitive pricing, but the ability to become part of a larger community of purpose, has helped Bank Australia recruit new customers. As the bank has actively promoted its “MOCA” (Marketing our Co-operative Advantage), the number of new customers joining the bank has increased to record levels. At least half of these people said that they had been motivated to become a customer because there was an alignment between their own personal values and what they saw as the values of the bank. At one branch located close to the University of Melbourne and RMIT many young university students were opening accounts because of the values of the bank and its stated decision not to invest in the fossil fuels industry.

“MOCA” is becoming a trend amongst financial services CMEs

Bank Australia has made a strategic decision to embrace its mutuality, and focus on being different from mainstream banking. It has tapped into what seems to be a growing segment of the community that wants an alternative. This appears to be people who are socially aware and concerned about making positive change both in economic and social terms. Environmental awareness is also important and the bank’s values are already becoming an attractive proposition for many new members. Bank Australia also feels that this embracing of mutuality and the promotion of the “MOCA”, is something that is already becoming accepted across the financial services CME sector:

“I think while we have the first mover advantage, we have been really pleased to see a number develop their organisations along similar positioning to ours. So I just think that whether mutual ADIs have seen value in our proposition and they have sought to build that in terms of their own context, their own organisation, I think that actually helps to strengthen and build the resilience in the mutual banking sector. So I would be quite pleased to see many of them come back to understand what their purpose is and how they create value for their customer owners.” Bank Australia, 2016

The extended version of this case study is presented in Australia’s Leading Co-operative and Mutual Enterprises in 2016, which is part of the CEMI Discussion Paper series. 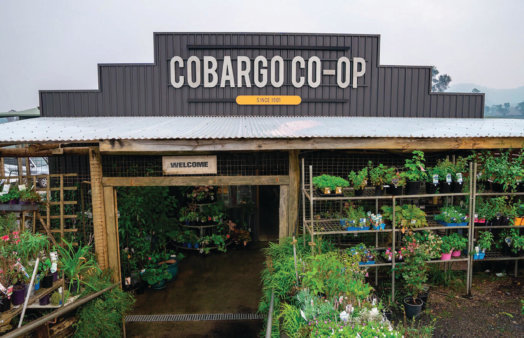 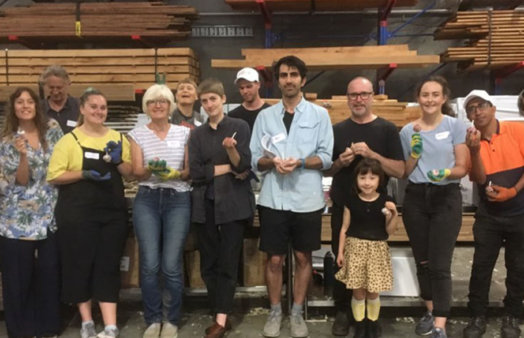 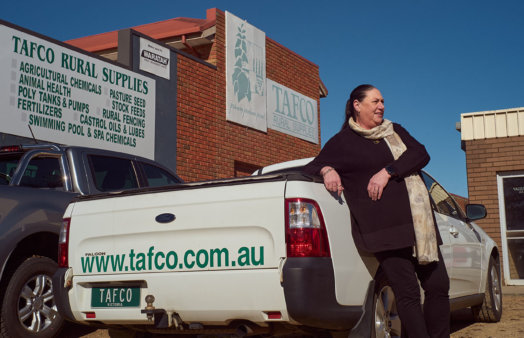