Sustainability blog: Ross Garnaut on populism and the pandemic

We have just lived through the sharpest decline in global production and trade that the world has seen since the beginnings of modern economic development. The most rapid fall for Australia, and for the world. How long its recessionary consequences last, and how it affects long-term prosperity, political systems and international order, depend on our knowledge and wisdom and how we use them. Our knowledge and wisdom as Australians, and as members of a global community.

As I write, in the last quarter of 2020, the pandemic is under control in Australia and some of our neighbours in the Western Pacific region. It continues to rage and impose increasing costs in North America, the UK, Europe and most of the developing world. For Australia and its more fortunate Western Pacific neighbours, economic activity is expanding rapidly from a low base. But the earlier disruption from disease – and from the shrinkage of economic activity and trading opportunities in the rest of the world – casts a long shadow. The arrival and widespread distribution of a vaccine is necessary for the countries still suffering high rates of infection and death to find relief – and for the whole world to see the return of substantial international movement of people. This may be possible over the next year or so. But there is still a long and hard road to what were once acceptable levels of economic activity in Australia and the world.

Australia’s economy performed poorly for most of its citizens in the seven years from the China resources boom to the pandemic. I call these years from 2013 to 2019 the Dog Days. Unemployment and under-employment remained stubbornly high – in the later years, well above the rates in developed countries that suffered greater damage from the 2008–09 Global Financial Crisis. Wages stagnated. Productivity and output per person grew more slowly than in the United States, or Japan, or the developed world as a whole.

This book explains the choice Australians will make over the next couple of years, between a resumption of the Dog Days and a post-pandemic restoration of Australia.

The Dog Days are our destination once more unless we break sharply with the policies and political culture of the early twenty-first century. This would be an unhappy place for Australians – more difficult than the seven years before the pandemic. Living standards would remain lower through the 2020s.

Unemployment and underemployment would linger above the high levels before COVID-19 struck. Things would be worse than in the pre-pandemic Dog Days because we would have a legacy of extraordinary public debt. They would be worse because business investment would be lower. They would be harder because there would be less gain from trade – due partly to problems in our relations with China, partly to slower global growth and increased protection in Australia and most other countries. They would be worse because increased unemployment has permanently devalued the skills of many Australians, especially the young; and because many of our most important economic institutions – first of all, the universities – were diminished. They would be weaker because productivity growth, already low before the pandemic, would be lower still. The new Dog Days would be disrupted more than the old by the accumulating effects of climate change and by disputation about how to respond to this. Much lower immigration would hold back total output growth – but might improve the living standards of most Australians.

By contrast, the restoration of Australia would follow from an effective effort to loosen the chains that held us down in the Dog Days. It would reset our fiscal and monetary policy to achieve early full employment, while keeping the growth of public debt within manageable bounds. It would involve substantial reform to increase business investment in trade-exposed industries and lift productivity growth – led by a new approach to taxing business income. It would be built around joining our main trading partners – the developed world and China – in creating a zero-emissions world economy, and realizing Australia’s opportunity to be the energy superpower of the emerging world. It would build a productive approach to foreign relations in new circumstances created by the rise of China as an assertive great power with values and institutions that are different to our own: the confident assertion of our own sovereign autonomy and national interest while maintaining open trade and investment relations with the whole world to the greatest practicable extent.

Restoration will require acceptance of a high degree of income restraint by Australians, who have already endured the longest period of income stagnation in our history, through the Dog Days and then the COVID-19 recession. This is regrettable, and many Australians will see it as unfair, since the wealthy continued rapidly to increase their wealth and incomes through the Dog Days, and most also did well in the pandemic recession. Experience has demonstrated that such restraint in the public interest is possible in our Australian democracy if most people accept that the benefits are distributed fairly. There will be widespread support for the necessary reforms only if the many people on low incomes and with insecure employment and little wealth – those who were damaged most by the pandemic recession – gain from the change. Fairness is integral to any program to lift productivity, employment and incomes. Fairness has to be achieved by means that do not block the path to higher productivity, employment and incomes. That requires reform in our personal income tax and social security arrangements, built around a guaranteed minimum income: the new Australian Income Security payment.

Full employment with manageable increases in debt is going to require large expansion of trade-exposed industries, to keep the growth of debt within reasonable bounds. It will be difficult to greatly increase productive investment in the trade-exposed industries. We have to lift the international competitiveness of production in Australia. That means running monetary policy with an eye to the effect of the exchange rate on competitiveness. The proposed tax reform will help. It has to be supported by policy that encourages the emergence of industries of the future. Investments now – whether in public infrastructure or private business – will be generating output later in the 2020s and beyond. By the 2030s, Australia and the world will be well on the way to a net-zero-emissions economy – or we will be facing increasing problems from climate change. Investments over the next few years will have to make economic sense in the low-carbon global economy of the future. This rules out a lift in investment and employment in the coal and gas industries that contributed a major part of total growth through the China resources boom and the Dog Days. The good news is that there is immense opportunity for profitable investment to build a prosperous place for Australia in the future zero-emissions economy.

Restoration will require a reset of the Australian political culture, and policy and economic structure, that emerged through the first two decades of the twenty-first century. Why restoration rather than reconstruction? Because the most important changes involve restoring old Australian strengths. Most importantly, restoration of the respect for knowledge and community understanding as the basis of good policy in the public interest. These strengths were present in earlier successful periods of Australian democratic economic reform and development. Here, I am thinking especially but not only of the reform era from 1983 to the end of the twentieth century. This laid the foundations for Australia’s productivity boom in the 1990s, and for the longest period of economic expansion unbroken by recession ever in a developed country, which ended in 2020.

Other developed economies performed better than Australia between the GFC and the pandemic recession, but still poorly by the standards set in the second half of the twentieth century. Developing countries as a whole did well in the twenty-first century before the pandemic. The whole world economy has been battered by the pandemic, and recovery is shaped first of all by the trajectory of the disease itself. China has made an early return to strong growth, as it did after the 1997–98 Asian Financial Crisis and the GFC. Other Northeast Asian economies, Australia and New Zealand have been successful in containing the disease. The immediate path ahead is not so clear for other developed countries. Bigger questions hover over the future of many developing economies, as they have been severely disrupted by COVID-19 and lack the resources to get back onto a path of strongly rising incomes in an era of stagnation in global trade.

Joe Biden’s victory in the US presidential election of November 2020 changes the global context. The opportunity for change was reinforced by the Democratic victories in the senate election re-runs in Georgia in January 2021. The United States – for a number of years – will give priority to full employment through fiscal and monetary expansion over historically low inflation. Much of the fiscal expansion will be directed towards investment in a low-carbon economy. In this way, the US joins the European Union, the UK, Japan, South Korea and China. That creates a congenial environment for Australian restoration policies. It will isolate us if we opt to stand aside from the new momentum towards decarbonisation of the world economy.

The prize for post-pandemic restoration is large. We would achieve full employment by 2025, after reaching pre-pandemic labour conditions by 2023. Prices and wages would rise in the marketplace once we achieved full employment. From that time, economic growth plus inflation would begin to reduce the weight of the recently accumulated public debt, without lowering the standards of living of ordinary Australians. Businesses would generally do well in an expanding economy. An Australian Income Security payment would provide a guaranteed basic income for all Australians and reduce the anxiety and democratic constraints on reform that would otherwise accompany the income restraint and structural change required for restoration.

The October 2020 budget indicates we are yet to make a choice between the alternative futures. That choice will be made explicitly or implicitly over the year or two ahead. 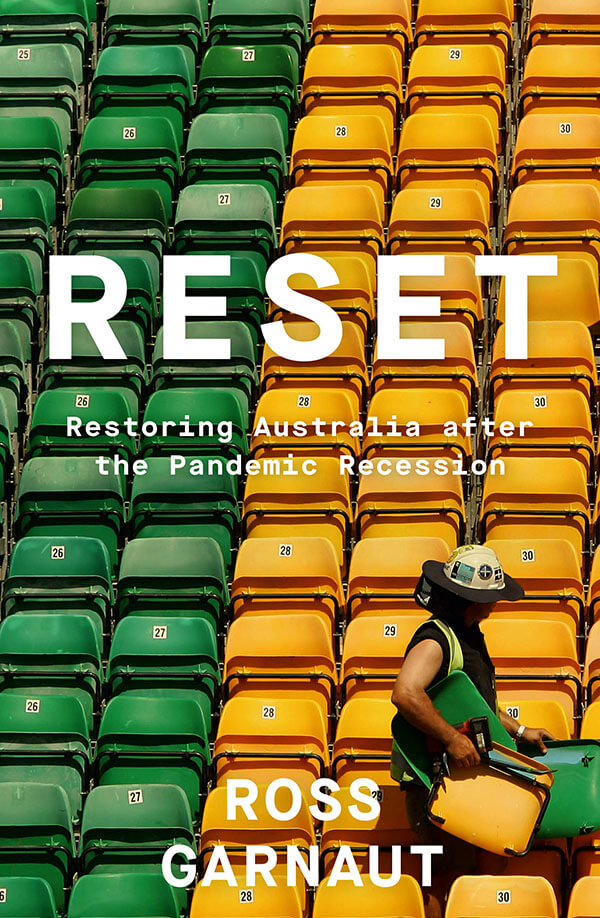 Buy a copy of Reset: Restoring Australia after the Pandemic Recession
Previous Sustainability blog: ESG is in the DNA of CMEs
Next How co-operatives and mutuals are supporting gender equality
Share this article

The documentary that’s educating more Australians about a little-known business model in Victoria’s Myrtleford and Alpine regions is driving more business to the...

Meld Studios has announced that it was transitioning ownership from its three founders to an employee ownership trust.
SEE ALL NEWS