Nundah Community Enterprises Co-operative (Nundah Co-op) was formed in 1998 to create sustainable employment and training opportunities for people with mental illness, psycho-social disability learning difficulties or intellectual disability. In 2015, the Nundah Co-op was named a winner in the Social Enterprise Awards.

The Nundah Co-op is owned by its workers and provides sustainable employment for them through two co-operative social enterprises, the Nundah Café Train and a Parks and Gardens maintenance service, which operates through social procurement contracts principally with Brisbane City Council. Other contracts include garden maintenance teams at Mirvac-owned shopping centres, operating the local soccer club canteen, and maintenance services for the Queensland Department of Main Roads.

Through its Job Access services, all of the Nundah Co-op’s experience is in thin markets including:

The Nundah Co-op has used a community economic model to build opportunities for its members to achieve social and economic outcomes that can be relied upon over the medium to long term. Most of the Nundah Co-op workers have been sustainably employed for over a decade when prior to their association with the Co-op, they relied on social welfare.

Download and read the Nundah Community Enterprises Co-operative Pathway case study and manual, produced by the BCCM in 2015.

For the majority of our members who were long-term unemployed, they had been in the role of a receiver of services, not ever a participant or a producer. So to move into that space is very empowering for people. Seeing someone before they start work in the coop, you can see the body language is saying ‘I’m not valuable, I’m not worthwhile’, and then after they’ve done some shifts in the café or in the parks, they’re walking around and feeling a sense of pride about themselves because they’ve given something back, they’ve contributed, they’ve earned their pay.
Richard Warner, Coordinator, Nundah Community Enterprises Cooperative 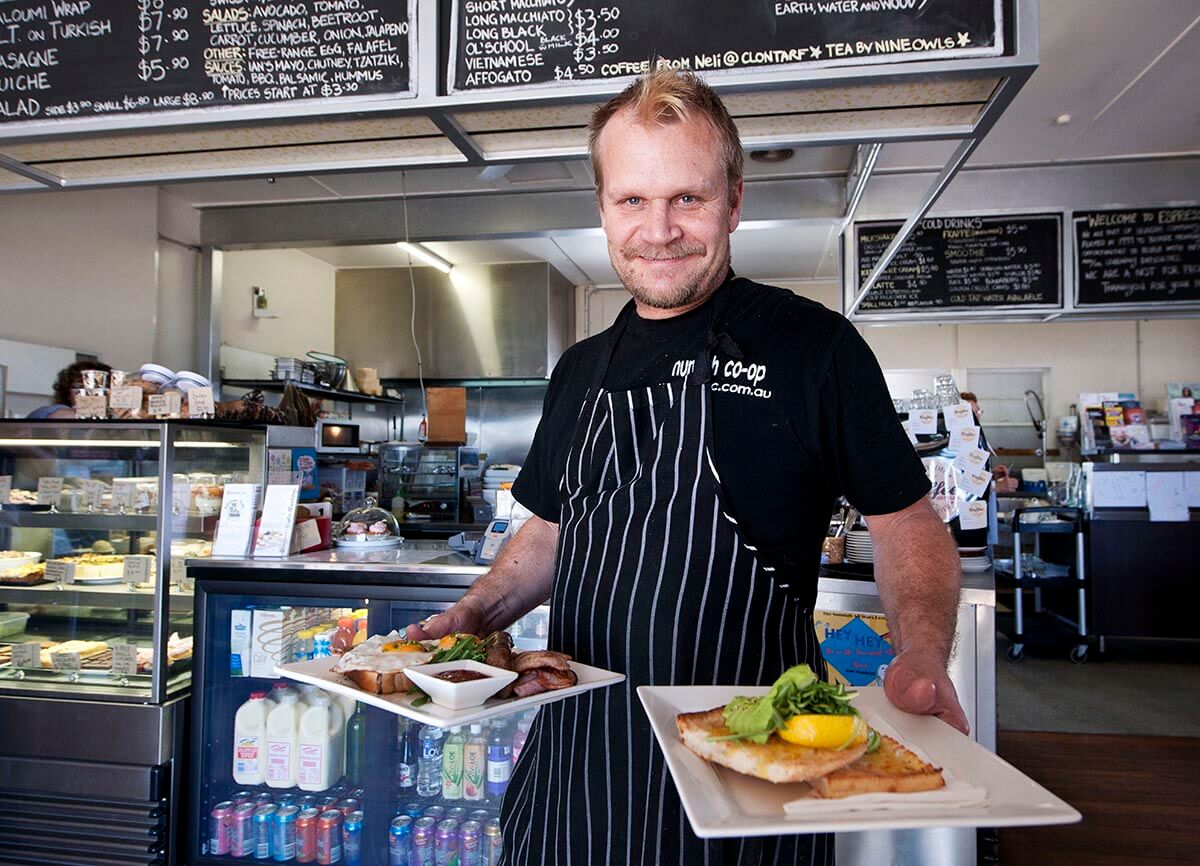 Steve Goodale, chef at the Expresso Train Cafe which is part of the NCEC (2013)
Share this article