Three outstanding contributors to industry have been added to the BCCM Honour Roll for 2021, with their endeavours spanning motoring, insurance and banking.

The BCCM recognises the exceptional leadership of:

The honours were conferred at events in Sydney, Melbourne, Brisbane and online on Tuesday, 23 November 2021.

The BCCM Honour Roll is a virtual ‘hall of fame’ recognising outstanding leaders of the co-operative and mutual sector and acknowledging their contributions to their industries.

BCCM CEO Melina Morrison said: “This is our opportunity to recognise outstanding service and dedication to the co-operative and mutual sector.”

“Resilience, endurance, integrity, compassion and assistance are all qualities that we acknowledge in our Honour Award recipients. Co-operative and mutuals leaders have called upon these qualities to help them serve the needs of their millions of Australian members during the pandemic,” said Morrison. “This year, we welcome three more exceptional people who have translated their passion for co-operatives and mutuals into a lifetime dedication to the sector.” 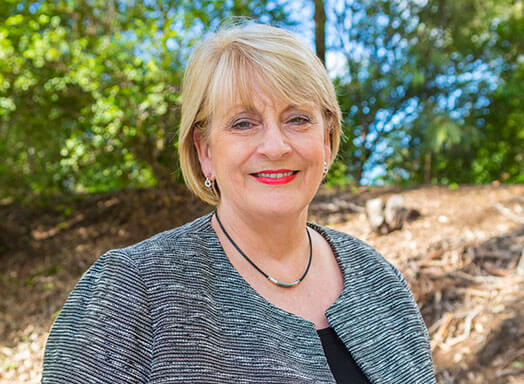 Bronwyn is the immediate past President of RACQ and current President of RACQ Foundation. She has served Queensland’s largest Club over a period of incredible change, growth and success. Under Bronwyn’s leadership, RACQ became a true modern-day mutual, with an unwavering focus on members’ wellbeing.

Previously serving as RACQ Vice President and joining the Board of Directors in 2009, Bronwyn brings extensive business and financial expertise acquired from her governance roles and more than 20 years’ experience as a chartered accountant within Australia and overseas. Among her many roles, she is a director of Members Banking Group Limited, Club Finance Holdings Limited, RACQ Insurance Limited and Club Insurance Holdings Pty Ltd; a member of the Group Remuneration and Nomination Committee, Group Audit Committee and the Bank Audit Committee.

She was also the Queensland President of the Australian Institute of Company Directors from 2017 to 2019. She was the first female partner in Queensland for KPMG and was named AM in the 2019 Australia Day Honours list for her significant service to business through leadership and advisory awards.

In 2017, Bronwyn was at the helm for the historic merger between RACQ & QT Mutual Bank, which has created a member-owned, new force in banking for Queensland. As the President who spearheaded the RACQ Bank, Bronwyn’s leadership was further validated with the findings of the Hayne Royal Commission, which highlighted why an organisation like RACQ can offer so much more in banking and insurance in terms of trust and transparency.

Bronwyn understands that co-operatives and mutuals can harness the power of people, combining their efforts and sharing their resources to achieve great outcomes. 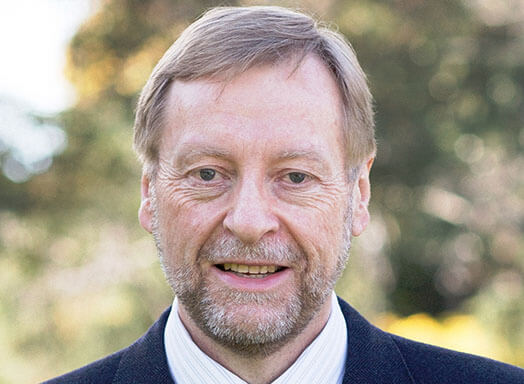 Rowan has played a major role in the growth and success of Bank Australia and its predecessor credit unions. He has been a leader in promoting the purpose and strengths of co-operatives and mutual enterprises in Australia through the customer owned banking movement.

Over the past 30 years Rowan has been instrumental in the growth of what has become Bank Australia, through a number of significant mergers, and more recently, organic growth underpinned by the Bank’s purpose-driven and brand-led strategy.  His vision and commitment to innovation has seen him continue to be an influential leader in the mutual sector. In recent years, Rowan has driven the evolution of Bank Australia’s purpose and strategy focus on inspiring and empowering customers to create a world where people and the planet thrive.

Rowan is a long-standing advocate for co-operative and mutual enterprises, and the International Co-operative Principles. Throughout his career, he has been a dedicated advocate for member education, participation and democracy.

He has been a strong advocate for co-operation for co-operatives through his involvement with the development of the BCCM and as a former director of COBA (Customer Owned Banking Association).

Rowan has a special role and place in the BCCM helping to galvanise support for the organisation and helping to found the board that brought it into being. 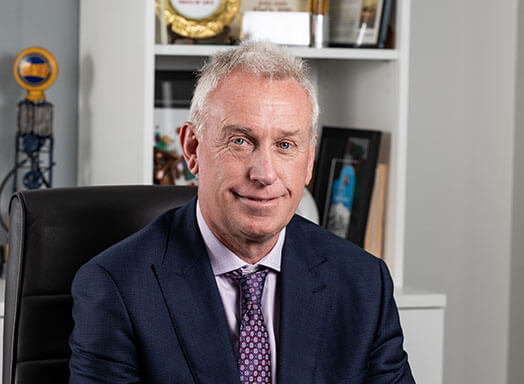 For the past 16 years, Russell has been a passionate, dedicated and influential member of Capricorn Society (CSL), Australia’s largest co-operative in the automotive parts buying industry which operates across Australia and New Zealand.  Russell was elected to the CSL Board in 2005 after first becoming a member in 1991.

As Vice chair of the CSL Board from 2010 to 2015 and then Chair from 2015 to 2019, Russell has been a prominent member of one of Australia’s most successful co-operatives and the mutual banking and financial services community.

Since joining the Board in 2005, CSL has experienced tremendous growth. Russell has witnessed growth in member numbers by 137% (from 9,988 members in 2005 to 23,707 in 2021) and Member purchases by 382% (AU$538m in 2005 to AU$2.59b in 2021). Importantly this has led to an increase in the member value return, which in 2021 increased to 28.1% – enviable evidence of the strength of the Capricorn member value proposition and testament to the support for the co-operative model championed by Russell as Chair – the ‘purple blood’ of which they speak.

Russell was also a director of Capricorn Mutual (CML) from November 2009 – March 2011 and rejoined that Board in 2013. During his time as director of CML, the business has grown from a fledgling start-up to $87m in GWP, $130m in assets and $25m in members’ equity.

Russell is a dedicated advocate for the co-operative movement. He deeply understands and respects the inherent strength of the structure and acts true to those beliefs. He has worked tirelessly to provide support for members, raise the profile and awareness of the co-operative and mutual enterprise and promote the co-operative business model in Australia, New Zealand and internationally.

Russell is known for his honesty, integrity and character and for having made a positive and measurable impact driving the ongoing development of Capricorn and the broader Automotive Repair and Maintenance Industry.