Mobility was the key word, and the mobility agenda encompassed safety, accessibility, and sustainability.

An extended version of this case study is presented in Australia’s Leading Co-operative and Mutual Enterprises in 2020 by Professor Tim Mazzarol (part of the CEMI Discussion Paper series).

The Club became an incorporated association in 1916 and was honoured by King George V in 1922 with its Royal prefix. In 2020, the RAC had approximately 1.1 million active members, directly employed over 1,500 staff, and generated an annual turnover of more than $930 million.

There are several continuous themes running through the RAC’s history. It has lobbied governments, State and Commonwealth, for better legislative and regulatory measures to manage road traffic and road safety. It played a significant role in the development of the tourism industry in Western Australia, promoting motor touring through the provision of road maps, accommodation, service stations and other useful information. It lobbied the State for the creation of national parks along main roads and highways, and lobbied local councils over road conditions along potential tourist drives by highlighting the local economic benefits of increased tourist traffic.

Arising from similar motives, the RAC between 1908 and 1975 provided most of the directional and warning signs on public roads, especially in country areas, to help tourists and long-distance drivers. In 1940 it began implementing new sign designs reflecting the first national Road Signs Standard.

In the 1920s and 30s, the RAC sought to extend its role in providing support for motorists through the development of roadside assistance patrols, complemented by a system of contract service stations across the State. New members increased and they became increasingly vociferous about needing such support. Motor mechanics were often unaware of how to deal with increasingly complex mechanical problems, and there was no system of training or certification for mechanics. It was in this period that the RAC’s reputation as a trusted source of knowledge and practical assistance became established.

The RAC was critical in the later 20th century to having a regulatory environment established for the wearing of seat belts, establishing, and managing speed limits and speed zones, and the reduction in drink driving, as well as operating programs to change driver behaviours in ways that made driving safer. The RAC’s trusted and influential standing in the community gave it a high degree of authority to persuade members and the public to change ingrained habits.

(RAC WA) played a significant role in the development of the tourism industry in Western Australia, promoting motor touring through the provision of road maps, accommodation (and) service stations.

The Club has, since the 1980s, sought to reduce the impacts of motoring on the environment, and on human health, and more recently actively encouraged the development of alternative forms of mobility from cycling and public transport to hydrogen cell and electric powered vehicles. Research and lobbying in support of alternative fuels that could be both less-polluting and cheaper lead the RAC to support LPG conversions of motor vehicles, the increasing use of diesel fuels, recycling oils and the development of electric vehicles. The RAC helped to develop prototype electric vehicles in Perth and engaged with several local inventors and engineering firms.

Members’ environmental concerns in the 1980s and 1990s also coincided with the introduction of comfortable sedan-style four-wheel drive off-road vehicles. The RAC lobbied the State government to seek balance between opening vehicle access to wild places while preventing such places being destroyed. 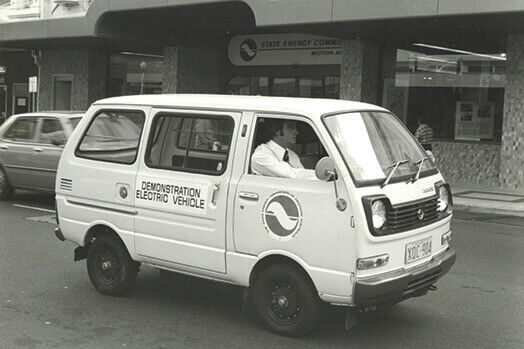 The development of motor vehicle insurance was a new area in the early twentieth century and third party motor vehicle insurance was particularly expensive. The RAC found an influential ally in the Royal Perth Hospital, which had to carry the increasing costs of often badly injured and uninsured victims. The RAC persistently lobbied for the establishment of an effective third-party insurance system scheme, which was finally achieved in 1944.

Safety has been at the heart of many RAC services to its members, from having compulsory car tail lights included in the 1919 Traffic Act, to the installation of railway level crossing lights in 1939, and numerous car safety devices such as seat belts and air bags. A notable achievement was RAC’s involvement with its interstate counterparts in forming the Australasian New Car Assessment Program (ANCAP) to provide standardised comparative ratings of the safety of new vehicles. The aim was to assist member-buyers make informed decisions.

The RAC operates several businesses providing services to members. The most notable of these is RAC Insurance, which commenced in 1947 to provide car insurance for members at reasonable premiums. The formation of RAC Insurance Pty Ltd proved a sustainable model to support the needs of its members. Some of the more successful enterprises have included expansion of insurance into home, boat and life insurance, financial services, travel and more recently holiday parks. The key point about these businesses is to meet an expressed demand for a service from members, unmet by the private market, and to generate an income for the Club to maintain and expand its educational and social activities. As an incorporated association, surplus income cannot be distributed among members but must be reinvested back into the Club to meet its objectives and provide member services.

Since 2020, the RAC has been dealing with the challenges of the COVID-19 pandemic. RAC president Jacqueline Ronchi stressed that the Club’s responsibilities to members and staff remained clear, and the Club was continuing to advocate for important matters and support essential services. The RAC provided a priority breakdown service for all medical practitioners, fire fighters and police officers and other essential workers, developed a COVID-19 Hardship package to support members financially impacted by the pandemic, conducting insurance transactions online, and all Roadside Assistance Patrols and Auto Services Centres followed hygiene advice, using social distancing, wearing protective gloves, and using appropriate sanitisation products.

The mobility agenda and the future

In 2019 retiring CEO Terry Agnew noted change was disrupting everything and identified the ‘big four’ mobility trends as electric, connected, automated, and shared, all of which would affect as well as benefit the RAC. Mobility was the key word, and the mobility agenda encompassed safety, accessibility, and sustainability.

At a higher level, the RAC’s Vision 2030 emphasises the need to “reconnect with our values, our history and our heritage, because they are unique to us and to Western Australia”. The values of safety, sustainability and connectivity could be represented in three key projects, the Smart Freeway (safety), electric vehicles (sustainability) and autonomous vehicles (connectivity). The RAC faces similar challenges to the early ACWA in not only charting routes into the future but actively seeking to shape those routes.

The AV project went on to underpin the development of two generations of the Intellibus, continuing expansion of AV trials, as well as a supportive infrastructure such as the RAC Electric Highway® and the evolving Smart Freeway network. The RAC’s role has been either to directly manufacture this technology, or to lobby for and sponsor its development. In doing so, the RAC was positioning itself as a change-agent, both embodying and leading technological, behavioural, and emotional change within its members, staff, and the broader community.

The RAC has over the past decade freed itself from a ‘car club’ mentality through the mobility agenda. This has allowed it to engage in developing new public policy frameworks that, at least initially, are specific to Western Australia. An instance of this approach can be seen in the developing public debates around taxation and contributions to road coast of electric vehicles (EV). Through its mobility agenda, the RAC argues for a road user pricing model that is fair and equitable for all vehicle owners.

All indicators point to a rapid transition to EVs, a transition assumed in the mobility agenda to take place between 2020 and 2030. The mobility agenda positions the RAC as an influencer of and participant in developing public policy for this foreseeable and rapid change, rather than limiting it to a reactive stance that could inhibit the transition continuing the real costs of road trauma and vehicle pollution-induced illnesses experienced by RAC members and the community generally.

The mobility agenda has been able to draw upon the capacities that characterise a venerable organisation – its stability, its endurance, and its identity, all rooted in close connections between the membership and organisational structures, and a clear and compelling vision and purpose, to chart a map to the future.

Although each state and the Northern Territory are home to a member owned motoring club, there are sufficient differences in their corporate structures, activities, histories, and in their respective communities to demonstrate that they are not simply analogues of each other. The RAC has been a significant community and corporate actor in Western Australia for over a century and has strong associations with Western Australian identity.