Cooperatives and mutuals reforms supported in a win for customers, choice and competition

The Federal Parliament has just passed landmark legislation for mutuals. These are the first amendments to the Corporations Act for 18 years that relate to our sector and open up a number of new opportunities for Federally registered co-operatives and mutual businesses to grow whilst safeguarding mutuality for future generations.

BCCM has been at the forefront in advocating and developing this new law.

The Business Council of Co-operatives and Mutuals (BCCM) is pleased the Government has passed landmark reforms for co-operatives and mutuals, including customer-owned banks, motoring mutuals and health mutuals through the Treasury Laws Amendment (Mutual Reforms) Act 2019.

Melina Morrison, BCCM’s CEO, said, “In this era of accountability, we are pleased for our members that all sides of Parliament have acknowledged the social conscience of our sector and supported the reforms recommended by the independent Hammond Review in 2017. This legislation marks a major step forward for mutual businesses, amending the Corporations Act for the first time in 18 years”

Ms Morrison said, “The changes level the playing field and give mutuals the opportunity to compete with the larger, listed entities including the big banks.  Stakeholder owned business models ensure customers are put first in all transactions.  As seen in the findings of the Banking Royal Commission, traditional profit-driven companies are facing ongoing criticism and these legislative reforms confirm the strength of mutuals as a customer-led business model.”

A major change for mutuals and members is the expanded ability to raise capital, enabling growth in the broad range of industries in which BCCM members operate.  This new type of equity, the ‘Mutual Capital Instrument’, can only be issued by mutuals.

Ms Morrison said, “The new mutual capital instrument will provide a way for mutuals to grow and develop their businesses whilst enhancing their commitment to member ownership and control. It builds on innovations seen in other parts of the world, and gives Australian mutuals a new gold standard in legislative support for their sector.’

“This landmark reform is the first enabling legislation for federally registered co-operatives and mutuals in 20 years and we thank both major parties for the ongoing bipartisan support that has led to the changes,” Ms Morrison said. 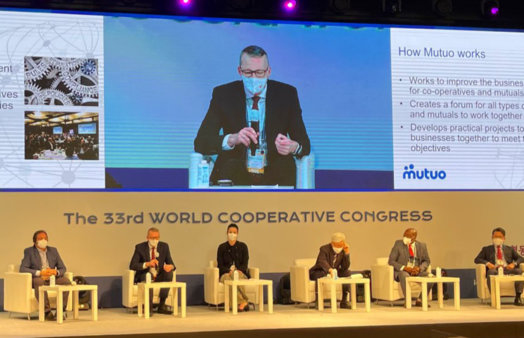