Mutual Capital Instruments are a new form of bespoke investment designed specifically to recognise the characteristics and intrinsic nature of member-owned firms.

BCCM CEO, Melina Morrison said that this landmark event should be a moment of celebration, not only for Australian Unity but for Co-operative and Mutual Enterprises (CMEs) and their members across Australia.

“The significance of this milestone should not be underestimated,” Morrison said. “This is a truly transformative moment for co-ops and mutuals in Australia bringing our jurisdiction up to world standard by creating an enabling environment for mutual capital. It’s fitting that Australia’s oldest mutual is the first to take advantage of this enhanced regime for mutuals.

“The investor response to the Australian Unity Offer has shown that there is a healthy appetite for investments that make an impact in our communities. Now, more than ever, we need to support the businesses that are helping our regions to thrive.

“Following a year in which many CMEs have deployed their capital reserves in order to continue delivering to the needs of their members and their staff, the potential that MCIs represent for these businesses is to grow, transform, innovate and compete in newer and broader markets is immense.”

“The acquisition of capital will allow for digital transformations for businesses looking to support new ways of working for their staff; it will provide opportunities to research and develop better product offerings to their members, and it will support Australia’s advancement in manufacturing industries integral to our economic recovery and resilience.

“Importantly, this capital will also benefit Australian communities, small and large. CMEs have long played a role in safeguarding regional economies through times of crisis; by facilitating their access to capital, we can ensure that they can continue to protect and grow community prosperity for years to come.” Morrison said.

In recent months, more than 30 CMEs have indicated their intention to amend their constitutions to allow them to pursue MCIs and at least 17 members have already made the necessary changes.

“Lack of awareness about the CME contribution to the economy, which last year was more than $34 billion, drove the establishment of BCCM, the first peak national body representing member-owned businesses across all industries. The significant potential for growth in this sector should not be overlooked as we strive to recover from the economic devastation of the past year,” said Morrison.

A campaign led by BCCM and funded by its members resulted in legislative amendments to the Corporations Act allowing co-operatives and mutuals to issue equity instruments without demutualising. The changes were passed into law by the Morrison Coalition Government in April 2019. The changes had bipartisan support and came after four years of BCCM led industry advocacy starting with the 2016 Senate inquiry into Co-operatives, Mutuals and Member-Owned Firms, and culminating in the 2017 Hammond Review into access to capital for mutuals and co-operatives.

Previous Local social licence cooperatives are taking over pubs, stores, solar farms to save country towns
Next 1 in 3 Aussies don’t know their credit card rate, while most pay too much
Share this article 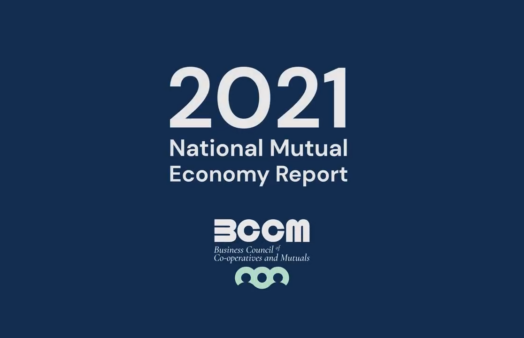