Leadership during a crisis: putting community before profits

The Business Council of Co-operatives and Mutuals (BCCM) says the vital role played by co-ops and other member-owned businesses in the east coast flood disaster demonstrates the need to include them in future policy discussions on resilience.

Addressing the BCCM’s annual Resilience Dinner at New South Wales Parliament House, CEO Melina Morrison said the tragic losses during the east-coast floods must not have been suffered in vain.

The BCCM is the peak industry body representing co-operatives and mutuals with 96 member organisations covering more than 11 million individual members, including 60,000 businesses. The sector, as a whole, has an estimated turnover of $35 billion.

“As heart-breaking as it is to see lives lost, homes destroyed and businesses ruined, there must inevitably be lessons learned,” said Ms Morrison.

Ms Morrison called on the Federal and State Governments to establish a National Co-operative Disaster Recovery Centre of Excellence in Lismore as a key part of any strategy to ‘future proof’ vulnerable communities.

“Hope must be restored, and the seeds of that hope have already been sown in the heroic and inspiring actions of many individuals and local businesses during this ongoing flood emergency,” Ms Morrison said

Ms Morrison noted the efforts of the BCCM’s own member businesses in the flood zones.

“Co-operatives are an under-used business model that allow communities to pool their resources, local knowledge and experience,” said Ms Morrison.  “This has again been brought to the fore in the current emergency, up and down the eastern seaboard, and will be critical to finding sustainable solutions for the housing and insurance crisis emerging post disaster.”

Ms Morrison pointed to the role played by Casino Food Co-op, which helped ensure food security for people in the Lismore region, delivering 90 pallets of food, using 20 helicopters and 11 trucks to 14 isolated communities. It is estimated the Co-op, which closed processing across both of its sites for an entire week at a cost of $500,000, helped feed around 4,000 people during the flood crisis.

Another example was the Summerland Credit Union which has set up a local banking hub for the community in co-operation with five other customer owned banks to provide vitally needed cash and face to face banking services to the region.

Ms Morrison said the proposed Centre of Excellence, if established, would study the responses of the anchor co-ops and mutuals in Lismore and the Northern Rivers and share those findings with the broader community, especially disaster-prone regions.

“The reflection and examinations that must inevitably follow to work out what could be done better next time should not look to supplant this community-led strategy but to augment it and leverage it,” Ms Morrison said.

“In this flood crisis, many of the real leaders have been leading by action and that has put them on the ground gaining unique and valuable intelligence.

“In a crisis, local knowledge is key. As locally owned and operated businesses, with deep connections to the community, co-ops are ideal networks to assist the immediate emergency effort and to help with the longer-term rebuilding efforts and challenges such as adequate risk protection for rebuilding and affordable housing.”

BCCM’s strategy for co-operative disaster recovery would draw on key findings of research into the actions of anchor co-operatives following the devastating black summer bushfires.

Lismore was the ideal setting for a National Centre of Excellence because of the unique footprint of co-operatives in the local economy. According to a study by SGS Economics and Planning in the 2021 National Mutual Economy Report, the Northern Rivers region is home to over 30 co-ops and mutuals with a combined turnover of $1.5 billion. They employ almost 3000 people directly and have more than 27,000 members.

Previous Whose job is it to buffer communities from natural disasters?
Next ‘Resilience’ – human, organisational and societal
Share this article 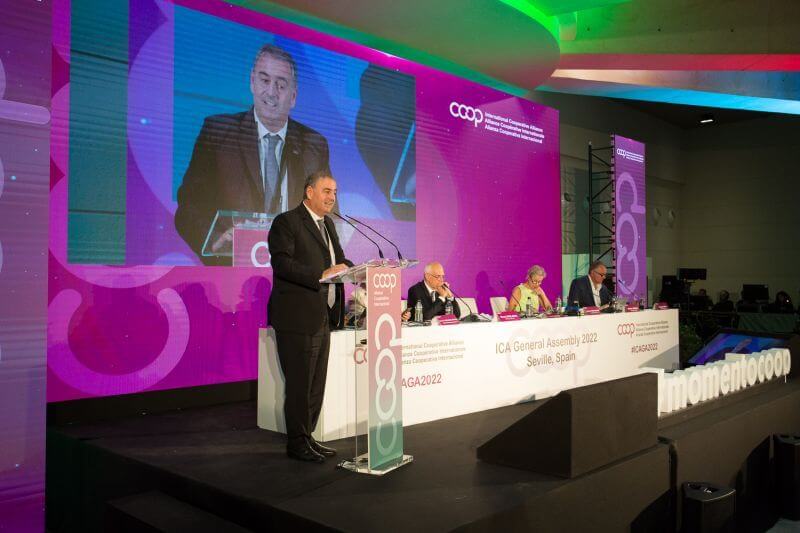