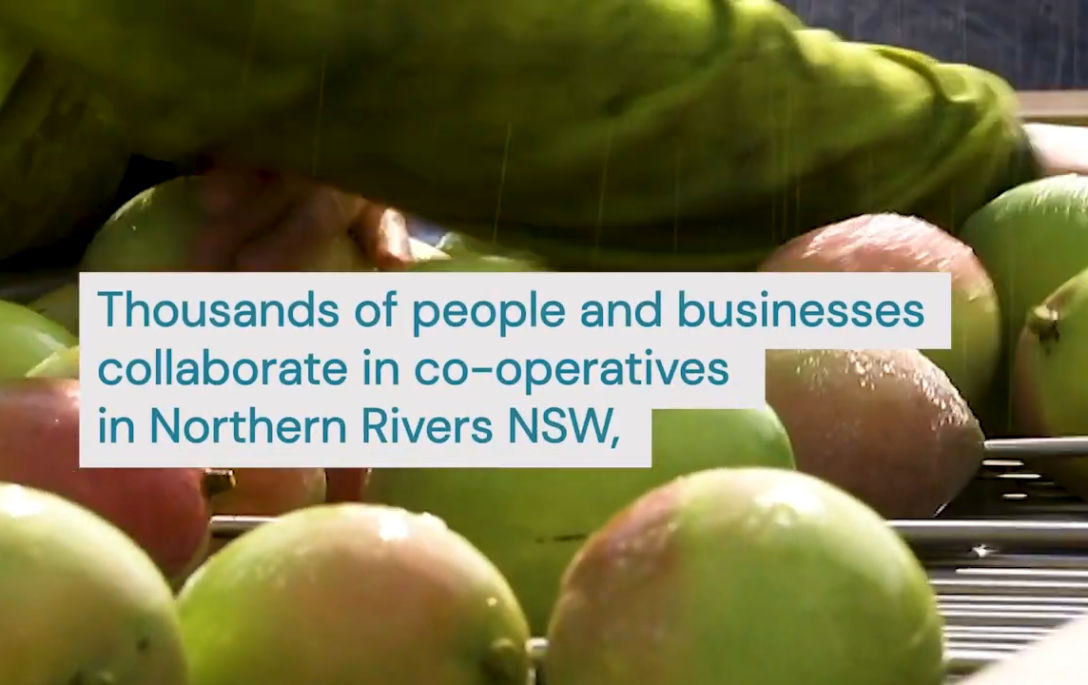 Co-operatives and mutuals in the Northern Rivers have a combined turnover of $1.5 billion and hire 2,8 93 combined direct (FTE) employees.

Co-operatives and mutuals in the Northern Rivers have 27, 421 members combined.

The Agribusiness subsector generates significant contributions to the Australian economy each year. However, to illustrate the regional significance of some co-operative and mutual enterprise (CME) activities, SGS Economics & Planning has broadly estimated the contributions that the Agribusiness subsector makes to the Northern Rivers (NSW) economy on an annual basis.

The co-operative and mutual enterprise community of the Northern Rivers

CMEs have been part of the economic and social life of the Northern Rivers since the 1870s. The number of CMEs peaked in the early 1980s, with subsequent decline explained by amalgamations of building societies, dairy co-operatives and credit unions. One notable example is Norco, a dairy co-operative with a long history whose origins began in 1893 and subsequently absorbed a number of smaller co-operatives.

Today, the Northern Rivers remains a stronghold for CMEs, with over 30 co-ops and mutuals actively engaged in agriculture, finance, retail, housing, healthcare and medical services.

The table below summarises the total economic contribution estimates. They are expressed in terms of income, value added and full time equivalent (FTE) employment.

The impact of the cluster on the Rest of Australia is also included to provide a total impact. The results show that the Agribusiness subsector contributes approximately:

In FY2019-20, the agriculture, forestry and fishing industry in the Northern Rivers (as defined by the LGAs of Ballina, Ballina Shire, Byron Shire, Clarence Valley, Kyogle, Lismore City, Richmond Valley and Tweed Shire) was directly worth $293 million in value added (GRP) according to SGS’s Australia’s Economic Wellbeing dataset. Given that SGS found that the direct impact of the cluster’s producers is worth $160 million per annum in value-added, this means that the agribusiness CME cluster broadly constitutes 55% of the agriculture, forestry and fishing value-added in the Northern Rivers.

The network effect: the employment impact of co-operative agriculture in the Northern Rivers 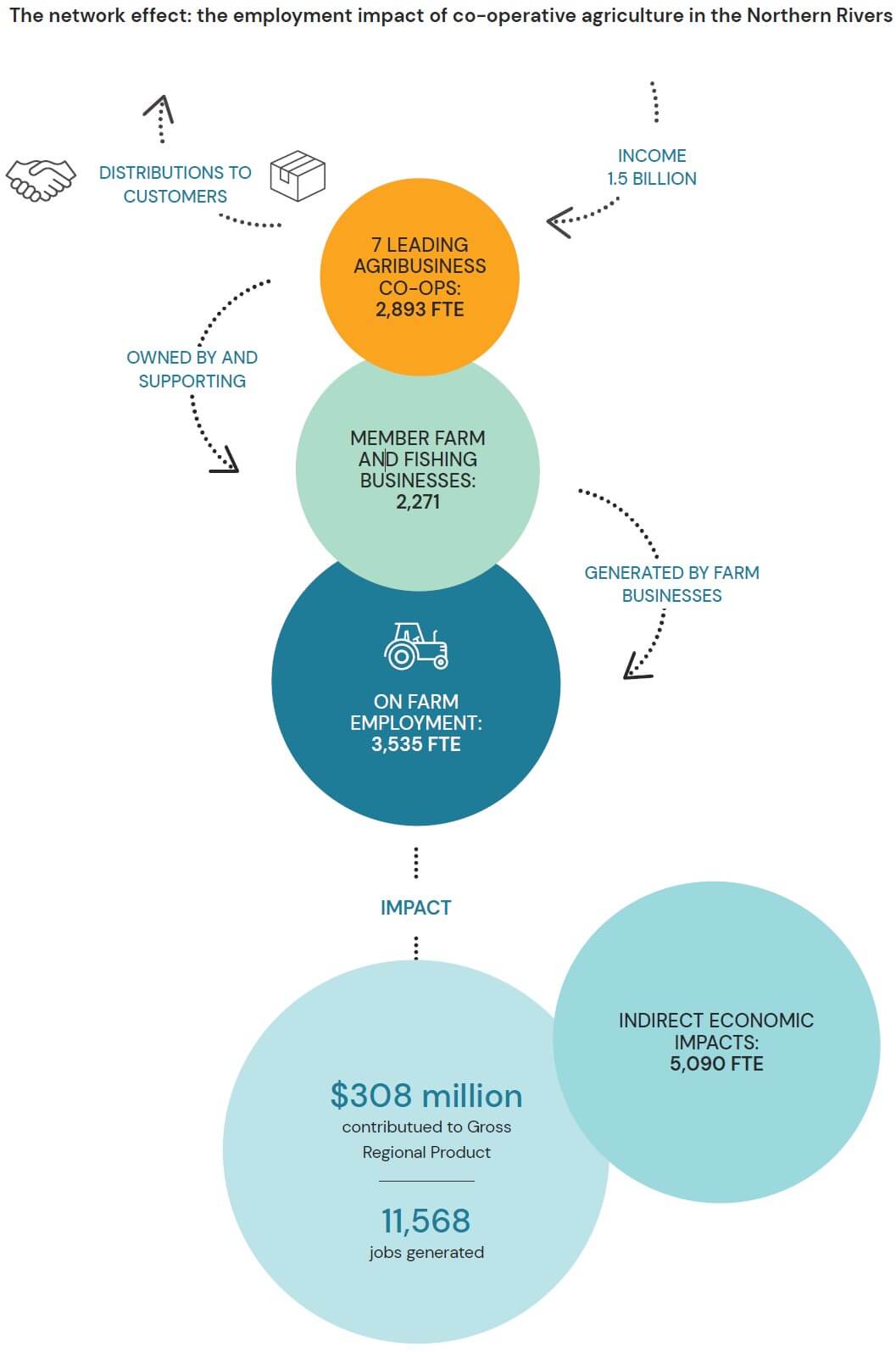 The BCCM has called on the Federal and State Governments to establish a National Co-operative Disaster Recovery Centre of Excellence in Lismore as a key part of any strategy to ‘future proof’ vulnerable communities. 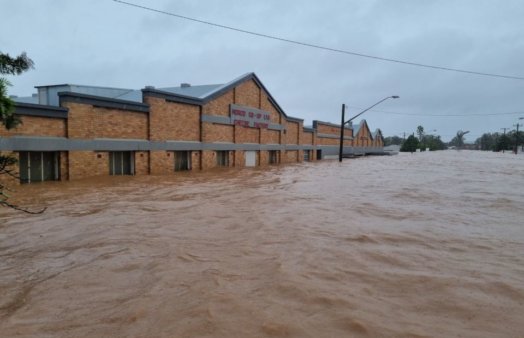 Co-ops and mutuals are well placed to contribute to the immediate emergency response and the longer recovery effort for impacted communities. 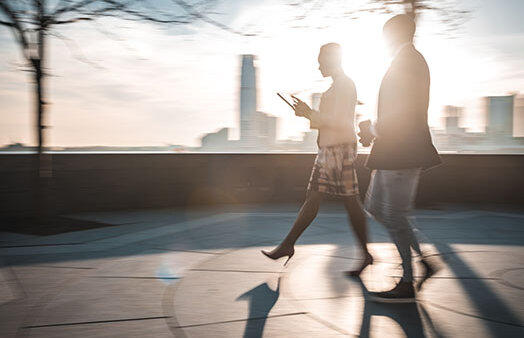 Our policy guide for a sustainable economy that works in the interests of all Australians. 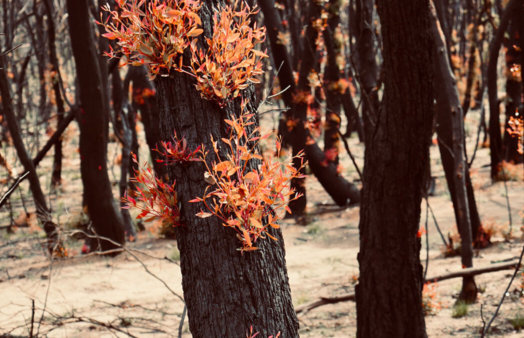 Community resilience and recovery highlights the role of co-operatives in helping communities bounce back from the 2019/20 bushfires.
SEE ALL CAMPAIGNS